Oromocto is home to a number of historical and culturally significant monuments and sculptures.  A walk through the historic downtown area will lead you past many of them. 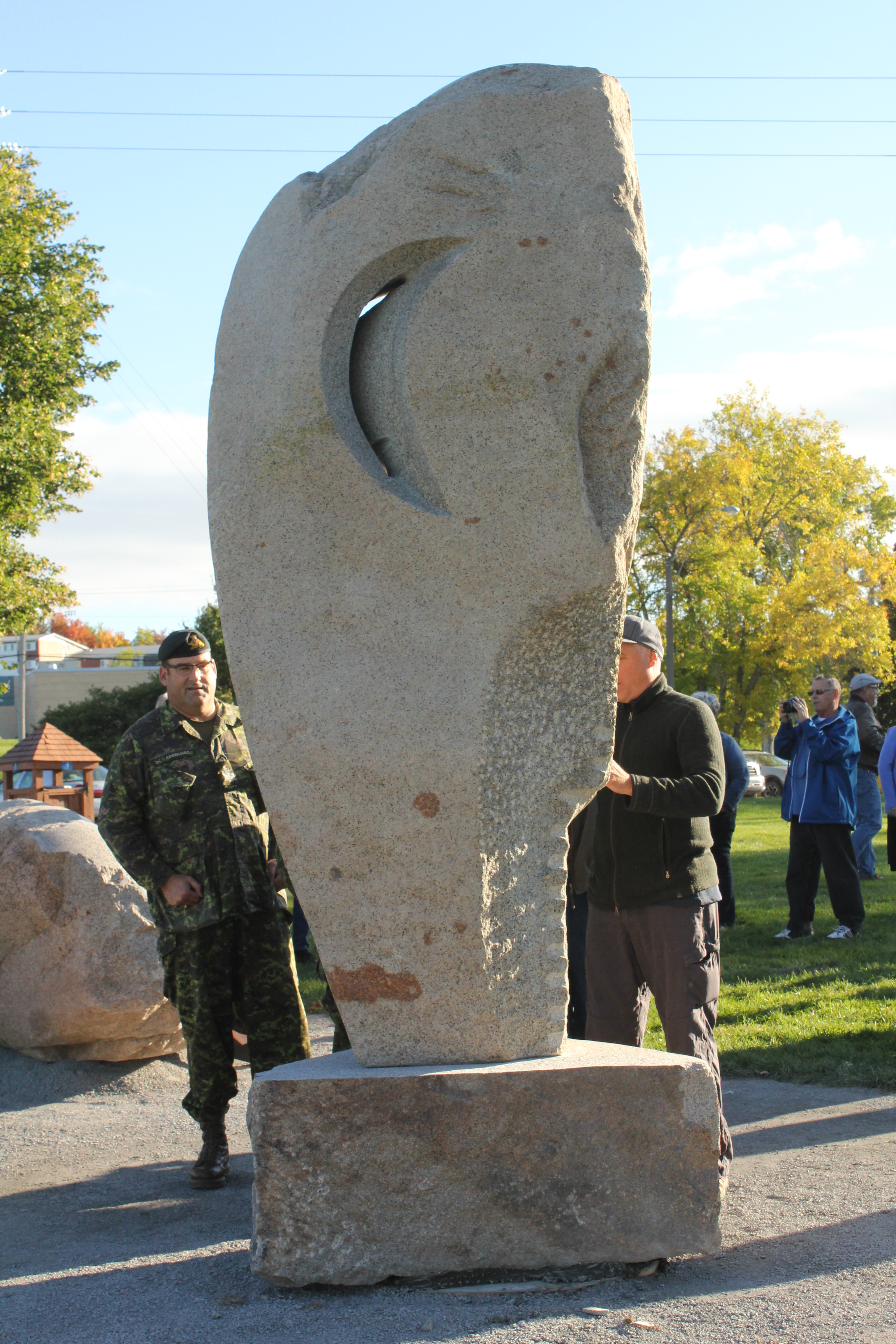 60th Anniversary Granite Sculpture - This sculpture was designed and create by Jesse Salisbury.  It is located at the beautiful Hazen Park. 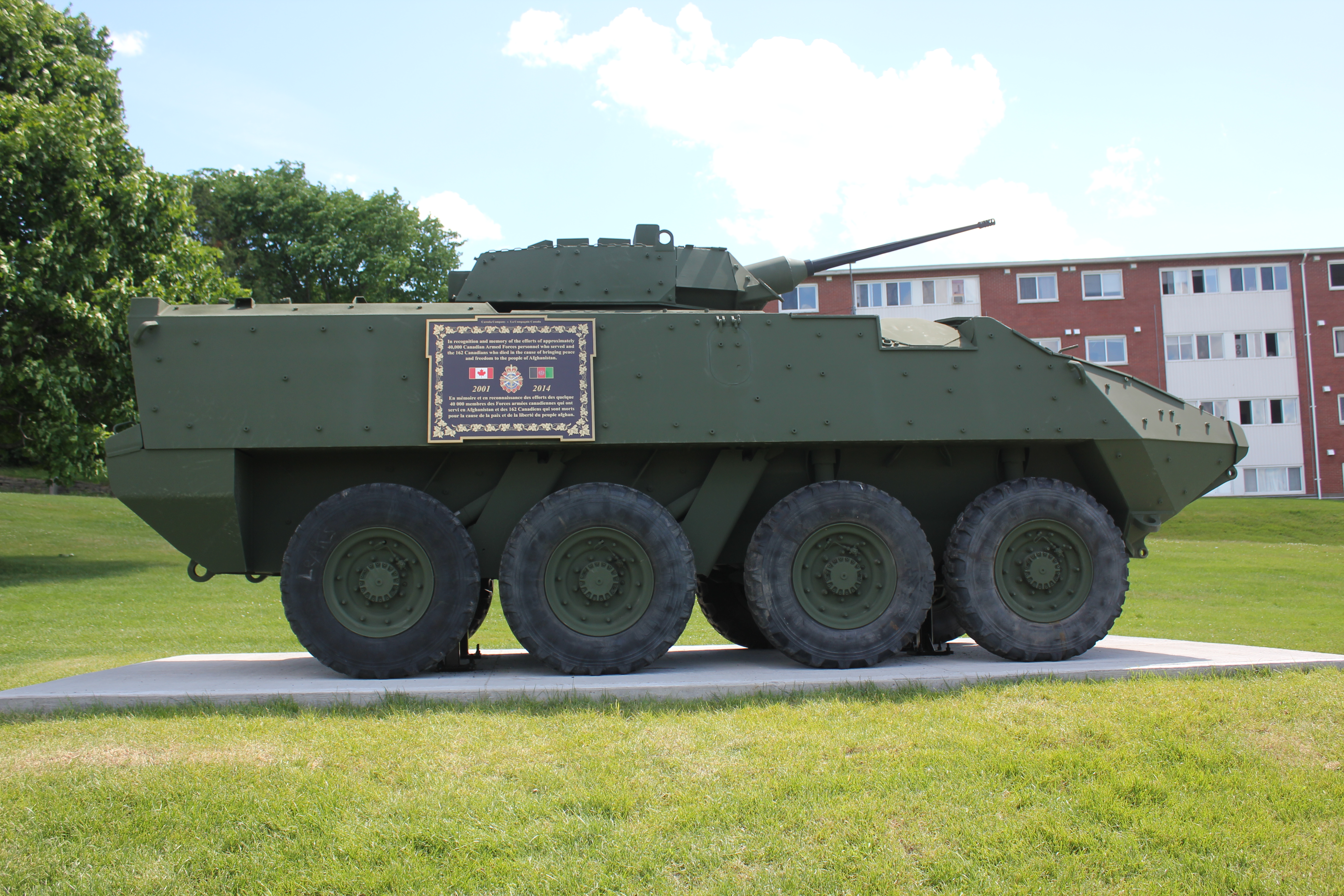 Afghanistan Monument - This monument was given to the Town of Oromocto from the "Fredericton First" campaign, a group of interested businesses and individuals that received the first light armoured vehicle from the Canadian Company.  The inscription reads: "In recognition and memory of the efforts of approximately 40,000 Canadian Armed Forces personnel who served and the 162 Canadians that died in the cause of bringing peace and freedom to the people of Afghanistan 2001-2014." 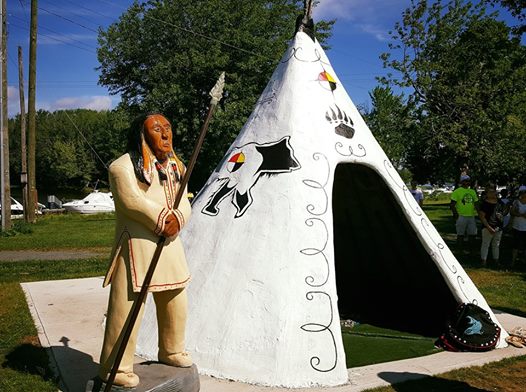 Originally designed by Artist Robert Sabattis, this monument was purchased by an owner in Maugerville and relocaed to the Hazen Park in the summer of 2016 to celebrate the First Nation community.  The Maliseet Elder pictured in this photo was donated by Artist Robin Hanson. 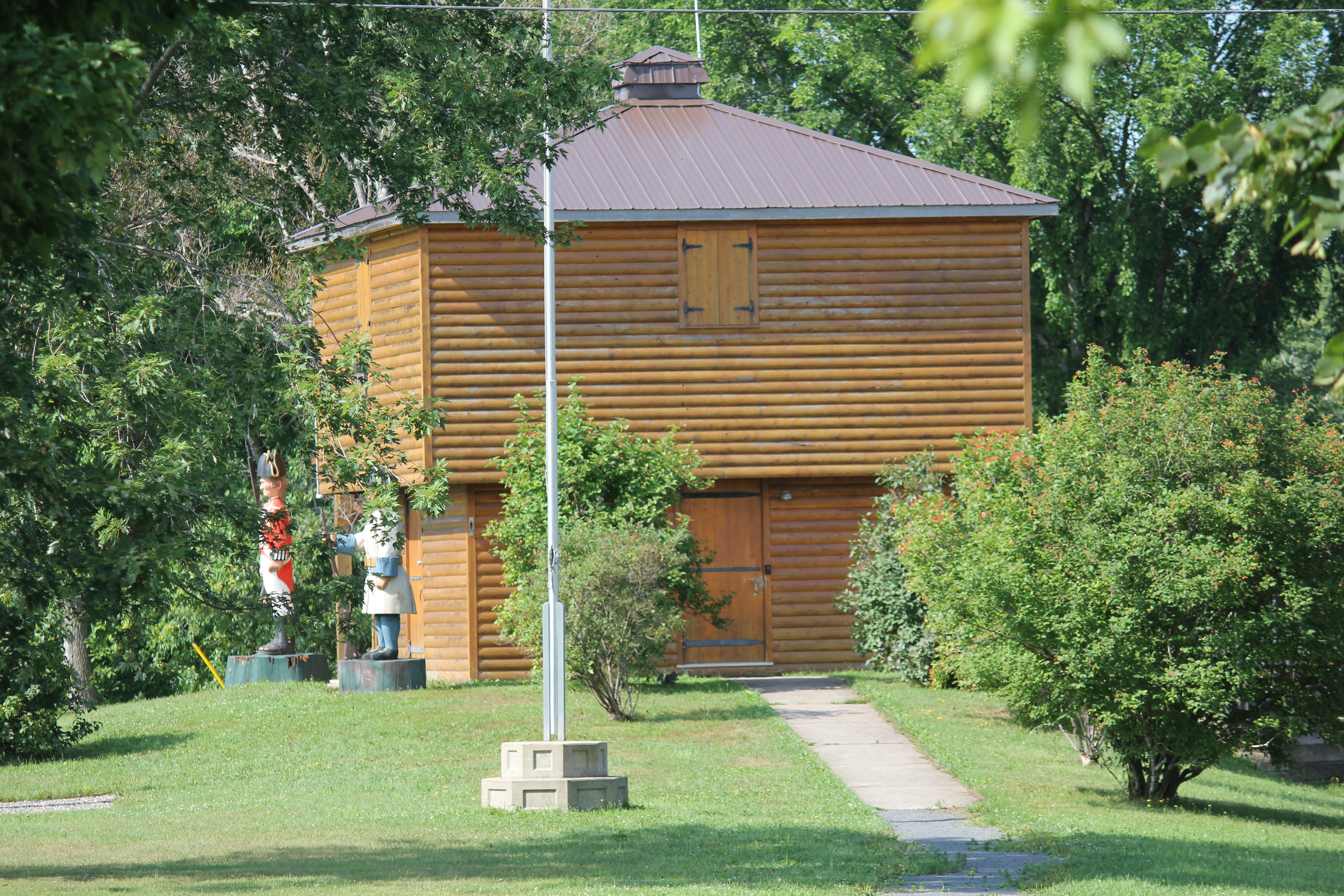 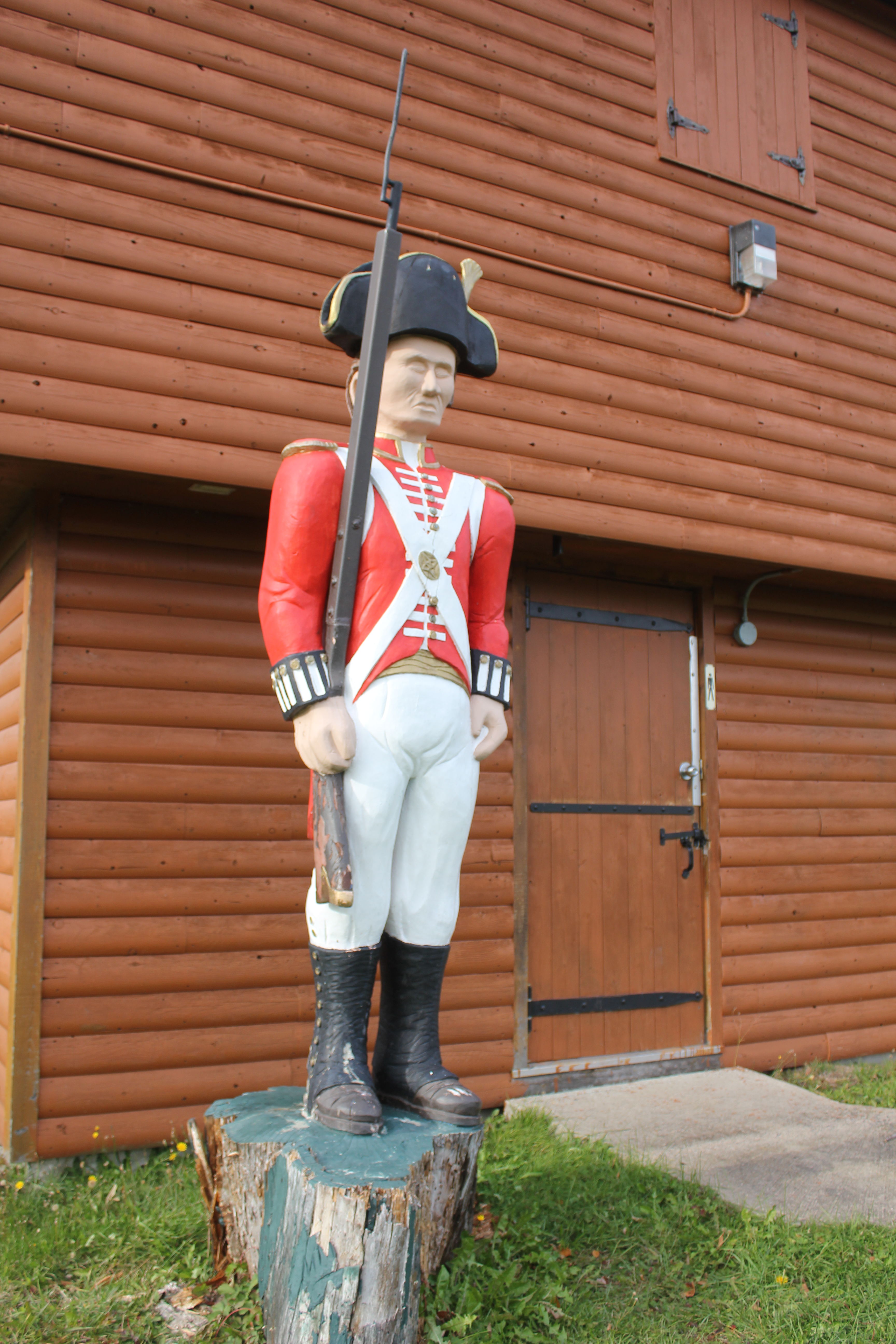 Explore Fort Hughes, a replica of the original built by the British Forces during the American Revolutionary War. Located in Sir Douglas Hazen Park, the fort was garrisoned by an infantry company, the Royal Fenceable Americans. The fort was used as a stopover for messengers travelling between Halifax, St. John and Quebec City

Originally the soldier was located at the centre of the Miramichi/Restigouch Road Traffic Circle.  It was relocated to its current location not long after where it stands on guard in front of the Fort Hughes.  This solider was commissioned by the Town to Monty MacMillan a local artist.  The Royal Fenceble American soldier were garrisoned there and commanded by Lt. Constant Connors during the American Revolutionary War.

Although it is unclear whether or not there was ever french soldiers that landed on the shores of the Oromocto, there certainly are reminders of the french heritage in Oromocto with the first settlers being an Acadian family of the last name D'Amours.  There is a a local story about the "Battle of French Lake"  occurring in September 1759 between the English and the French on the Oromocto River just below French Lake, which is about 12 km from Oromocto. Sculpture Monty MacMillan created this soldier and Council erected it on guard at Fort Hughes to remind us of the many french settlers to this area. 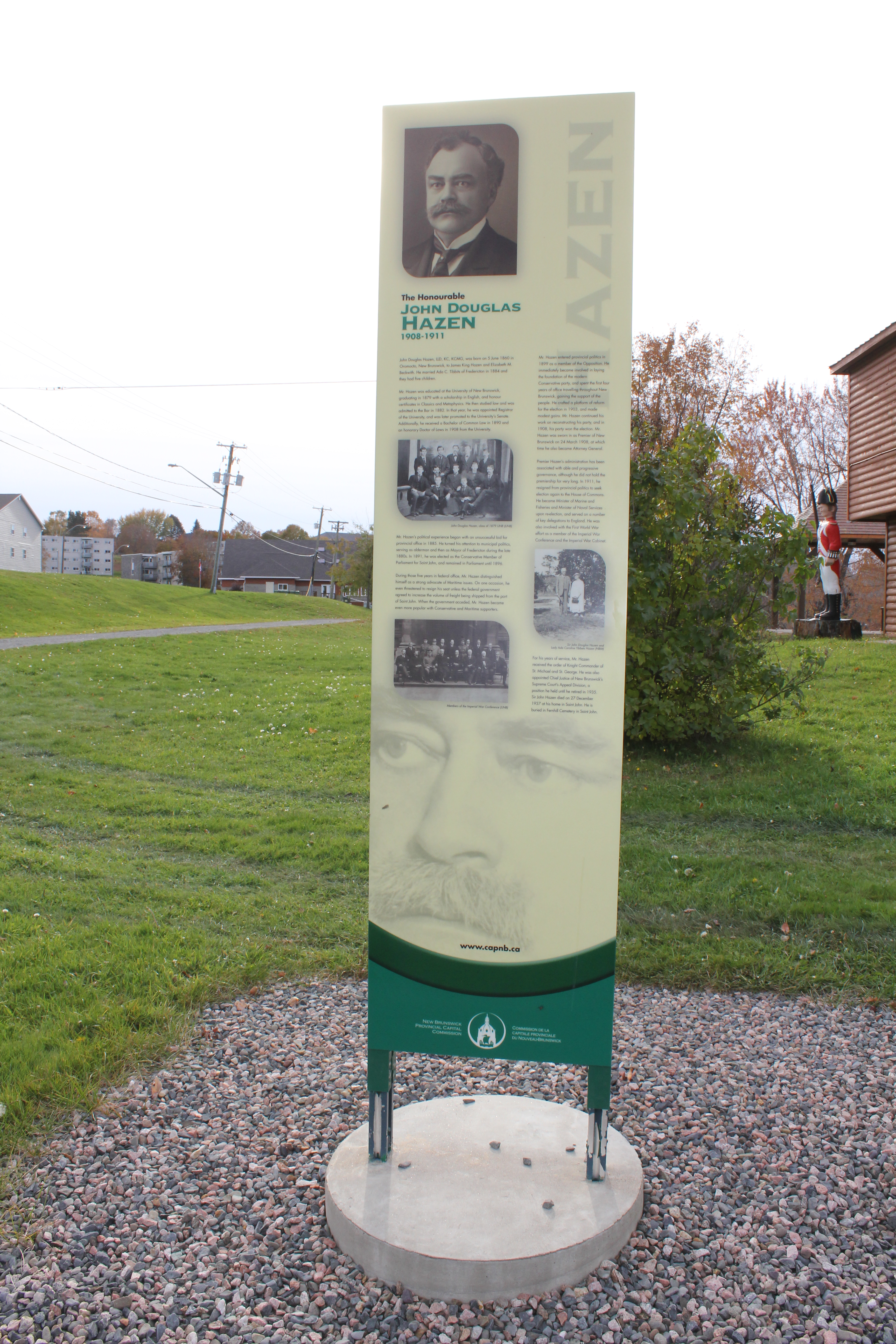 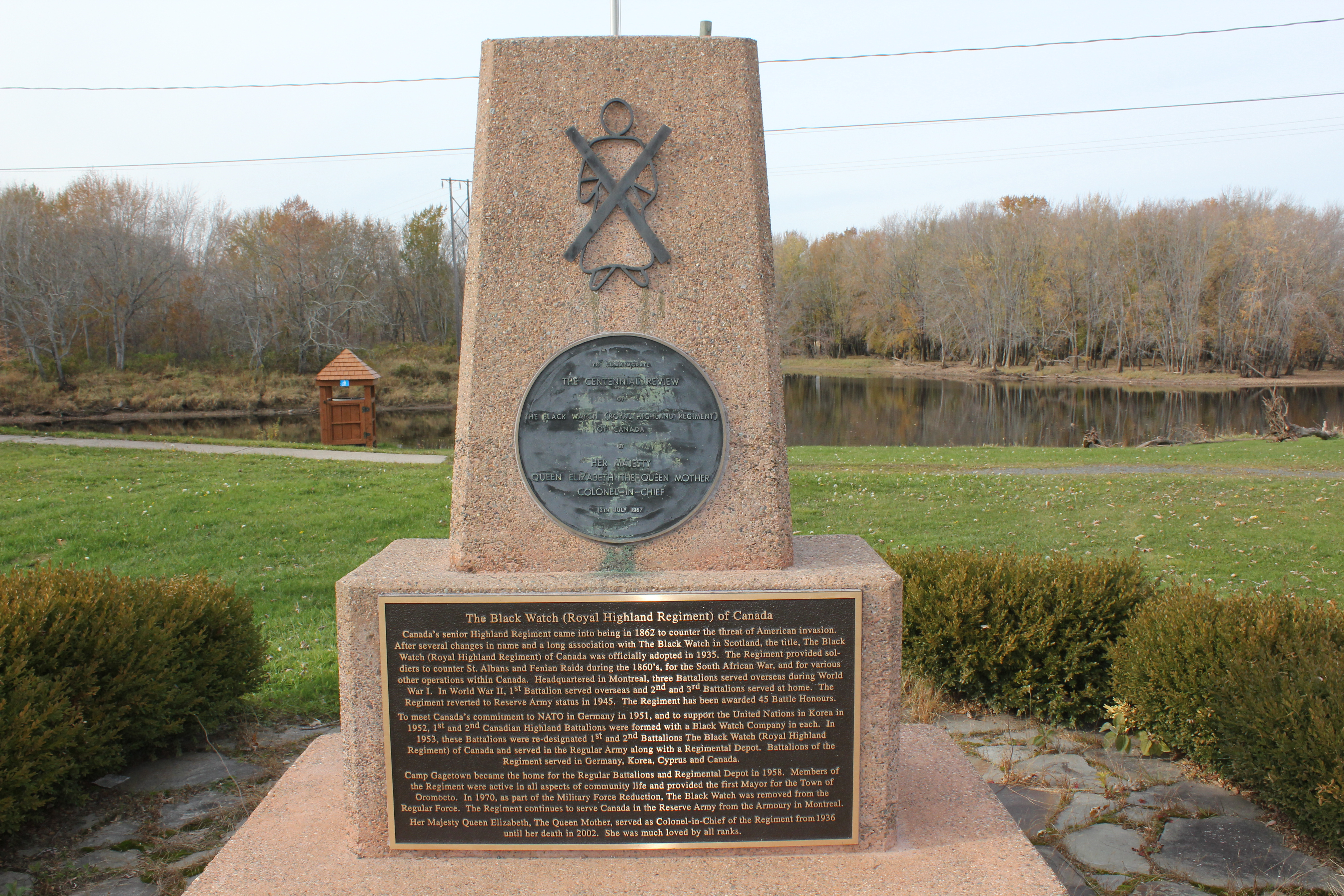 This monument was placed to commemorate the Centennial Review of the Black Watch (Royal Highland Regiment) of Canada by Her Majesty, Queen Elizabeth the Queen Mother, Colonel-in-Chief of the Regiment on 12 July 1967.

The inscription tells the storey of the Blatck Watch (Royal Highland Regiment) of Canada and how Camp Gagetown became the home for the Regular Battalions and Regimental Deport in 1958. 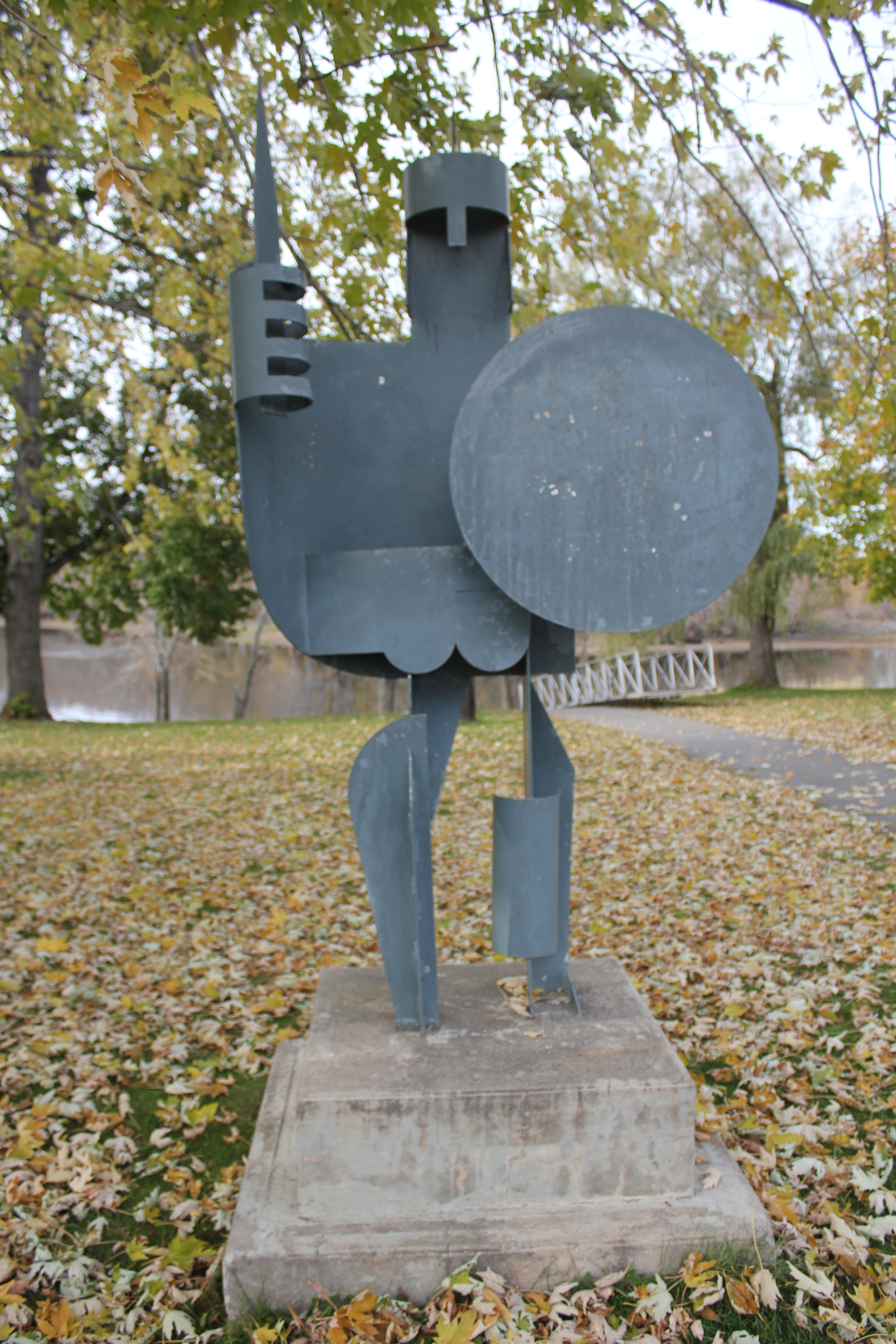 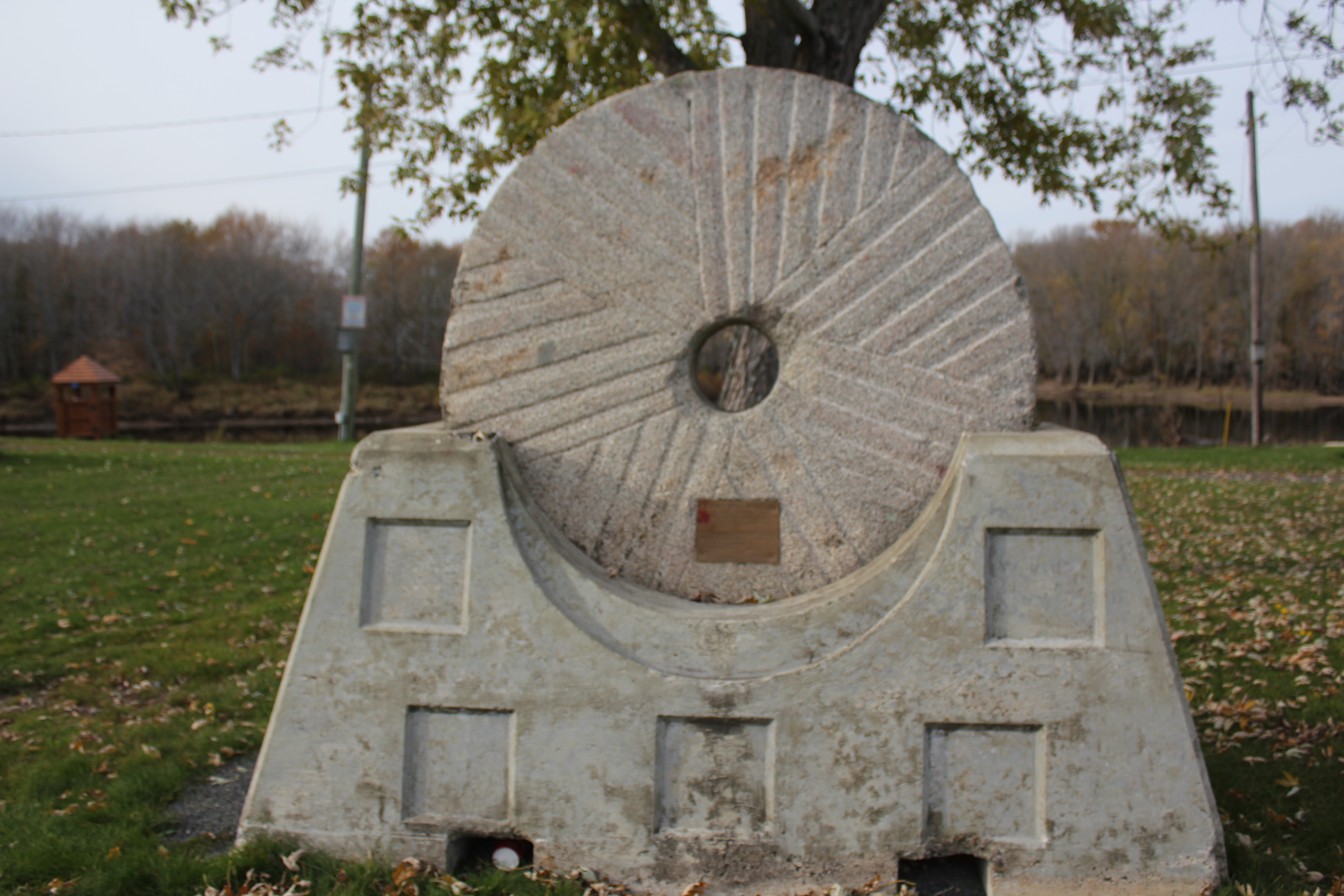 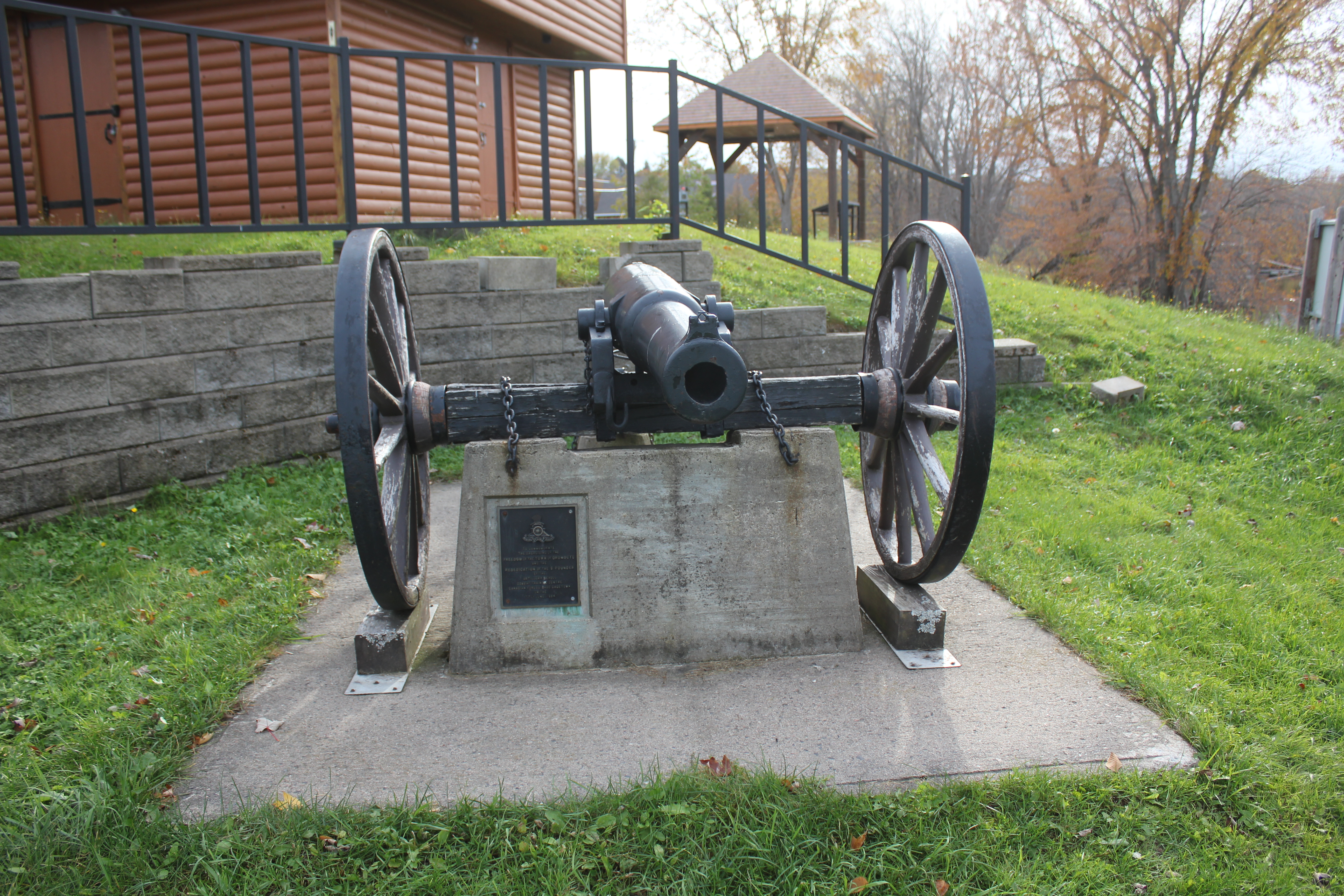 This cannon was placed to commemorate the exercising of the Freedom of the Town and the rededication of the 9 pounder by the Artillery School, Combat Training Centre, Base Gagetown on the 27 June 1984.